Michael was 16 and trapped in the middle of his parents’ ugly divorce. He and his mom had stopped talking to each other after she subpoenaed him to testify in court. The police showed up regularly at his house and once at his after-school job to take a statement about conflict between his parents. As the divorce consumed every part of Michael’s life, he became depressed, missed school, and his grades dropped.

Then Kids First was appointed as Michael’s advocate. One of our Kids First attorneys connected Michael with a counselor who helped restore his relationship with his mom. Shortly thereafter, conflict was reduced between his parents, sometimes voluntarily and sometimes with a motion and court order. Police intervention was no longer needed. With our help, Michael’s parents resolved their divorce case amicably without a trial.

The Kids First attorney also helped Michael focus on his future—to attend school and keep up his grades. His attorney found a college scholarship for low-income kids and encouraged Michael to apply.

Michael received that college scholarship and is today a first-generation college student working toward a career in teaching.

What People Are Saying About: Child Advocates

“I have nothing but high praise for Kids First and the service it provides to the courts and, more importantly, to children. You (collectively) have been very helpful in presenting the children's perspective to the court. Certainly, your participation has provided me with more information and often insight to make a more informed and, I hope, better decision.” - District Court Judge

“[I am] planning on applying to Iowa State, Mount Mercy, and University of Iowa next fall for their education department. Everything has been going really good here lately. Thanks for all your time and support while you were my lawyer. You are probably one of the biggest influences in my life even though you aren’t [my lawyer] anymore. You made a big difference while you were and I’m thankful for being able to have you in my life for that two year span.” - Former Client (Age 17)

“She always really understood me and helped me with my problems.” – Child Client (Girl Age 15)

“[The Kids First attorney] was the voice of reason for these parties and helped them understand that they needed to think of the kids first.” – Private Attorney (Opposing Attorney on a Case)

“My children loved working with the Kids First attorney. Settlement would not have been possible without her. I can’t express how much her help means to me and the children.” – Parent of Child Clients

“The teachers helped me feel comfortable to express my feelings. I enjoyed everything! It was actually fun.”

“I met new people and I learned how to deal with some problems.”

“My son was much more open to talk about what was going on and seemed to have a new level of understanding that I was previously unable to give him.” - Parent

“It encouraged me to discuss the divorce with my daughters.” - Parent

“Thank you SO much! I really feel that yesterday was definitely productive and helpful! I hope that with our work so far we can continue to move forward.”

“These sessions have been very helpful with improving our communication and we couldn’t have done it without your help.” 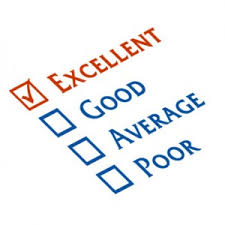 “Can I just say that you meeting with us was one of the coolest, nicest, most wonderful things I’ve experienced in a long time? I think that was just what we needed, and I really appreciate you taking the time to do it. It went much better than our [prior] mediation sessions, and the lawyers representing the grown-ups have not gotten anything like that accomplished. I especially want to say thank you on behalf of our children, who are that much closer to having some extra peace of mind.”

“I want to thank you for your patience, hard work and guidance in this process. Because of you, [the kids’ dad] and I have made progress on issues I never thought we would….We have not been easy to deal with, and from the bottom of my heart, I thank you.”